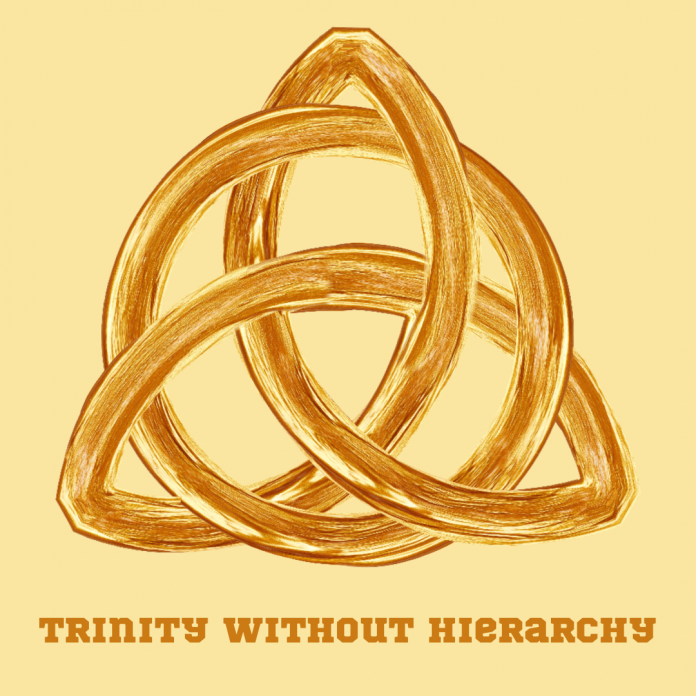 There is no more important doctrine to the Christian church than the doctrine of the Trinity. At the heart of the Trinity is the answer to the question: who is God? How I answer the question impacts my life and worship. When we get the Trinity wrong, other doctrines fall like dominoes with it, particularly Christology and salvation.

It is important to fairly represent this view. Those who hold this view do confess that there is an equality of nature between the Father and the Son. They would also confess that Jesus is truly God. However, they would argue that the Son is in an eternal relationship of obedience and submission to the Father in both role and function. Since the Father is a father, according to this view, He must have primacy, priority, ultimate supremacy, and ultimate authority over the Son and Spirit. This is clearly a language of hierarchy within the Trinity. Wayne Grudem holds to this view as explained in his Systematic Theology.1 Bruce Ware goes even so far as to say that the glory of the Father is ultimate glory and the Son’s glory is penultimate.2

There are several passages in the Bible that seem to imply an order or a hierarchy. For example, in John 14:28, Jesus says that the Father is greater than I. In John 10:29, the Father is greater than all. 1 Cor. 11:3 says the head of Christ is God. However, the context of these verses is the incarnate Son. In His incarnation and humiliation, the Son in His humanity did for a season become a bit lower than the angels themselves (Heb. 2:5-9). In His human Messianic office, He is “less” because He bears the human nature. He remains equal to the Father in His divine nature and majesty. This serving in a lower office in His humanity is why in 1 Cor. 15:27- 28, in the Second Adam function of Christ, He secures the kingdom and the Father is not under His authority. He then gives the kingdom to the Father. It is in His role of human vice-regency that He has taken on the lesser nature of humanity without ceasing to be truly God in the divine nature and eternal in His Sonship.

Other Scripture passages make it clear that there is an equality of glory, majesty, and power between the Father and the Son from all eternity past. For example, Phil. 2:6 tells us that the Son being in the form of God is equal with God. Heb. 1:3 tells us that the Son is the radiance of the divine glory and the exact imprint of the divine nature. There is no “lesser” status regarding the Son even in the role- relationship between the Father and the Son. God has one glory, one power, one might, each equal and undivided. The Father and the Son are one (John 10:30).

EFS and the Early Church

From the perspective of the early creeds and the articulations of the church fathers, a position of EFS or ERAS is at best aberrant and in some extreme cases borderline heretical, depending on the precise nuances of the one holding it. The church fathers, sticking very closely to the language of Scripture, described the Son as fully sharing in the entirety of the divine attributes with the Father. All that the Father is according to His divinity, the Son also is. They also distinguished between the “persons” of the Godhead (Father, Son, and Holy Spirit) and the “being or nature” of the Godhead which is one. In short, God does not have parts, nor are the divine attributes chopped up and divided between the persons. As the Athanasian creed puts it:

The creed also speaks of the equality of the persons, so that there is no hierarchy or division:

Similarly, the Father is almighty, the Son is almighty, the Holy Spirit is almighty. Yet there are not three almighty beings; there is but one almighty being. Thus the Father is God, the Son is God, the Holy Spirit is God. Yet there are not three gods; there is but one God … Nothing in this trinity is before or after, nothing is greater or smaller; in their entirety the three persons are coeternal and coequal with each other.

In short, the three persons in their eternal nature are not lesser or greater than each other. The persons are co-equal and co-eternal. Each person is fully and truly the Alpha and Omega. They have a unique oneness of nature while there is a clear distinction of persons. The church fathers rightly distinguished an order (using the word taxis) but denied a hierarchy (archē). In other words, there is no ranking or subordination between the persons even though the Father, Son, and Spirit are distinct according to the persons. This is of course a mystery but one that Scripture reveals sufficiently so that we might confess and believe even if we cannot exhaust the depths of knowledge of God.

Obviously, we have only begun to scratch the surface of these issues.3 Let’s leave with one concluding thought: these things matter for our worship of God. We worship one God who is three distinct eternal persons. But if there is some kind of hierarchy within them or greater and lesser glories, then the implication is that one deserves a slightly higher level of praise.4

A correct understanding of the Trinity without hierarchy, gives us confidence as we pour out generous praise to the Father, the Son, and the Spirit, coequal and coeternal.

Tim Bertolet is ordained with the Bible Fellowship Church and serves with ABWE as Senior Human Resources Specialist. He previously served for sixteen years in pastoral ministry and has experience as an MK (missionary kid). He holds a Ph.D. in New Testament Studies from the University of Pretoria, a M.A.R. in Biblical Studies from Westminster Theological Seminary, and a Bachelor’s in Bible from Lancaster Bible College.

3. If you’d like to see more, Christ Alone Fellowship in Lancaster City, PA recorded and hosted a two hour talk on the issues related to Eternal Functional Subordination. https://www.youtube.com/watch?v=1lb1nYFmevw

Why Matthew?: Picking What to Preach