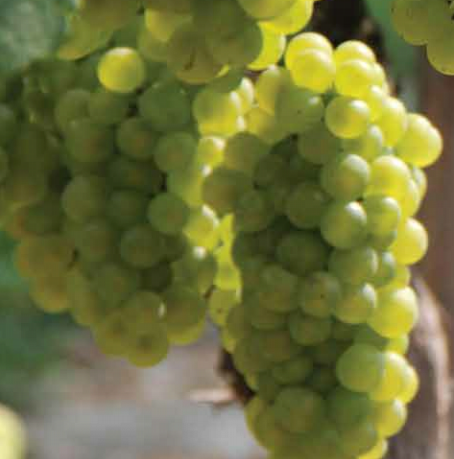 The words of Jesus from the 15th Chapter of the Gospel of John are surely some of the most beloved and encouraging words spoken by the Lord. Pastors have preached on this passage times without number and countless believers have found enduring strength in the midst of difficulties by learning to abide in Christ, His word, and in His love. I can still remember as a young Bible student listening to Dr. Charlie Anderson speak on this passage. He said for all of the criticism the Scofield Bible had received, he felt the footnote on what it means to abide in Christ was the best he had ever come across: To abide in Christ is, on the one hand, to have no known sin unjudged and unconfessed, no interest into which He is not brought, no life which He cannot share. On the other hand, the abiding one takes all burdens to Him, and draws all wisdom, life, and strength from Him. It is not unceasing consciousness of these things, and of Him, but that nothing is allowed in the life which separates from Him.

Those are helpful words, indeed, but I would like to draw your attention to the reason why abiding in Christ is so significant. It’s found in the beginning words to this passage where Jesus speaks of Himself as being the “true” vine. Many commentators gloss over this word or ignore it all together. They feel Jesus is just appealing to a familiar agricultural practice to illustrate an important Biblical truth: just like a branch needs to be connected to the body of the vine, believers also need to stay connected to Jesus. Apart from Him we can do nothing. There can be no fruit bearing apart from our relationship to Jesus. Oswald Chambers wrote correctly in his devotional, My Utmost for His Highest that it is not what we do for Christ that matters, but what He does through us that counts. In the book, The Trellis and the Vine, Marshall and Payne even identify this passage as a model for ministry.

But why does Jesus use the word “true”? He could have just said He is a vine and we are His branches to make the same point. Something of great theological significance is going on with the word “true.”

Every careful student of the Bible realizes that in the Old Testament, Israel was referred to as “My Vine.” The Psalmist refers to Israel as a vine saying, God brought a vine out of Egypt, and that it took deep root and filled the land. The Prophet Isaiah declares explicitly for the vineyard of the LORD of hosts is the house of Israel. Unfortunately, Isaiah’s lament is that when God looked for fruit, He found wild grapes instead. When He hoped for justice, He found injustice; and when He looked for righteousness, He found iniquity. We know how their history developed. As a result God sent Israel into exile. It appeared as though God’s single plan to bless the world through Israel was put in jeopardy. God’s answer was in the raising of a righteous Branch from Israel that would bear the fruit that Israel should have borne. He would be the means through which God would fulfill His promise to Abraham that through his Seed the world would be blessed.

Since Jesus is the Branch (the fulfillment of Zechariah’s prophecy) or the True Vine (as spoken here by the Lord Jesus), then my salvation depends on being connected to Him by grace through faith, or in keeping with the text, abiding in Christ. The theological implications cascade like a waterfall. If Jesus is the True Vine, the True Israel, then all of the promises God gave to Israel are fulfilled in Him.

Paul would say to the Corinthians, “all the promises of God find their Yes in Him.” And if I have faith in the Lord Jesus, I am not only part of True Israel, I am not only part of Abraham’s True Seed, but I too am an heir according to promise. Is Israel looking for the promised rebuilt temple? Jesus is the Living Temple and those who by grace are believers in Him are the living stones which make up the temple! Is Israel looking for the promised land to dwell in safely? While Jesus said it would be the meek who will inherit the land, and while Paul claims that the promise to Abraham was that he would be heir of the world, and while the Apostle Peter would say according to His promise we are waiting for the new heavens and a new earth in which righteousness dwells, the emphasis in the New Testament is not geographical, but Christological. It is not being in Jerusalem that matters, but being in Christ that counts. It is abiding in Him where our safety and security is found.

Every year, Israel celebrates the Passover, but Jesus is its fulfillment. He is our Passover! Israel was promised rest in the Sabbath, but Jesus is the fulfillment of the Sabbath. He says, Come to Me all you who labor and are heavy laden and I will give you rest. Jacob Neusner in his book, A Rabbi Talks with Jesus, takes great umbrage with these words of Jesus. Neusner asks the question, “Who does he think he is?” Is Israel looking for the promised Prophet that Moses spoke about? Are they looking for the promised Messiah-Priest spoken of by Zachariah? Are they looking for the promised Davidic King? All of these offices, just like Israel herself, find their fulfillment (not their replacement) in Jesus Himself. Israel looks to the Torah to be the way (Ps. 119:105), the truth (Ps. 19:9) and the life (Deut. 32:47) – but, according to Jesus’ own words, He is the very fulfillment of these things (John 14:6).

This may be terribly offensive to our Jewish neighbors and friends, but when Peter was preaching in Acts 3:22-23, he warned his audience with the words of Moses, saying, The Lord God will raise up for you a prophet like me from your brothers. You shall listen to him in whatever he tells you. And it shall be that every soul who does not listen to that prophet shall be destroyed from the people. To be destroyed is to be cut off, and to be cut off would put a person outside of the covenant blessings of salvation. The hope of Israel is to be grafted into, to abide in, the True Vine in order to participate in the blessings of the covenant and its promises. Jesus Himself said that He came not to abolish the Torah, but to fulfill it! Here, then, is the wonder, the marvel, the joy and the hope of the believer who abides in Jesus Christ. Here is why abiding in Christ, His word, and His love is so significant. Because Jesus is the True Vine, the fulfillment of the religion of Moses and the Prophets and because Jesus is the reality to which the shadows and promises in the Old Testament point, our hope and that of the world is found in abiding in Jesus. This is the hope of both Jew and Gentile. As the writer of Hebrews reminds us, it is not angels that He helps, but He helps the offspring of Abraham. If Jesus is True Israel, then all those connected to Him by grace through faith are the true offspring of Abraham and heirs together with Him of the promises of God.

Pastor Susek is an ordained minister who served for many years in the Bible Fellowship Church. He currently is Vice President of Pastoral Care at Fellowship Community in Whitehall, PA.