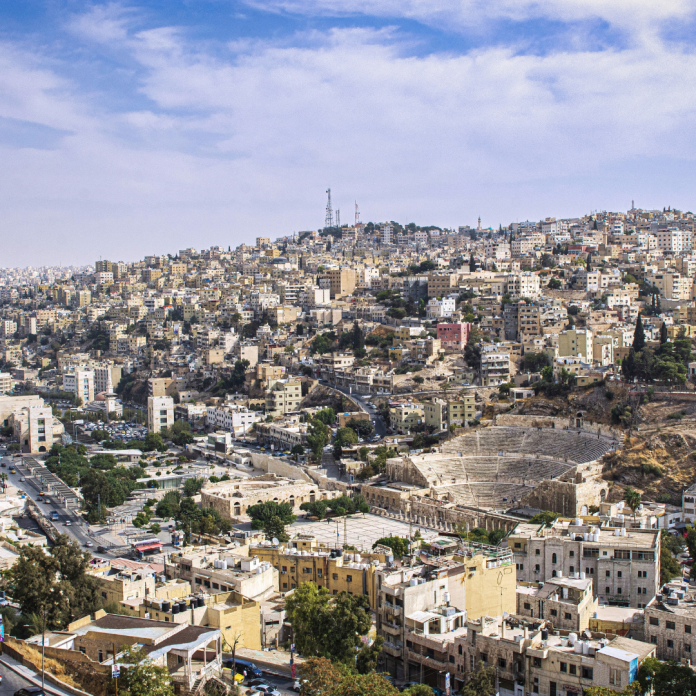 For most of us, the Christmas season is a hectic and stressful time. But the Lord gave us a taste of a quieter and more peaceful Christmas while we were living in the Jordanian port city of Aqaba in 1986. We were there ministering among the locals and the expatriates, and Lynn was about to deliver our fourth child. In this strongly Muslim city, there were no outward signs indicating that Christmas was near. (Lacking a Christmas tree, I constructed one out of cardboard and green markers.)

While I walked with Lynn to the military hospital for the birth, an Australian missionary was with us to watch our three sons. This woman had two female friends who had nowhere in the country to go for Christmas, so now three women were staying with us. (Lynn wondered what the locals would think about me and all these women, but I answered, “Who’s going to know?”)

All went well with the delivery on December 23, especially considering that the hospital gave Lynn no towels or supplies, and that a Jordanian woman left Lynn in charge of her newborn for a while. But while Lynn and baby Jeffrey Jordan (the name means “heavenly peace coming down”) did fine that night in the hospital, things got interesting back at our apartment.

A fire broke out in the central stairwell at 3:00 a.m. Unable to leave by the door, our three sons, the three female friends, and I were all rescued as we climbed down from our third story balcony on a tall fire engine ladder. The whole town came to witness this inferno and these foreigners making their escape from the flames. They noticed that I was accompanied by three women, none of whom was my wife! I’m sure we were the talk of the town: “How about that Christian man who secretly has three other wives?”

Though the elevator and stairwell area were scorched by the flames, and we had no electricity or phone service, our apartment was spared. When I brought Lynn and the baby home on December 24, and she saw the devastation, she cried at the realization that she could have lost all of us in the fire.

We were in the custom of hosting a Bible study on Wednesday evenings, which that year was on Christmas Eve. Without phone service, there was no way to reach them and cancel the meeting, so they all showed up. Without any electricity, we enjoyed a “silent night,” as we ate, shared, and sang Christmas carols by candle light. A married Indian woman who was unable to have children held Jeffrey in her arms, smiling at the opportunity to hold a baby. An Italian woman and a Jordanian man joined others in lifting their voices in singing. We basked in the soft light and the quiet evening, rejoicing in a fresh perspective on the meaning of Christmas. The people walking in darkness have seen a great light: on those living in the land of the shadow of death a light has dawned (Isa. 9:2).

2,000 years ago, just over the Rift Valley from where we were that evening, there was born One who indeed was God’s Heavenly Peace. One who came down to earth from heaven. He, too, was born in an unusual state of affairs, and undoubtedly people gossiped about His parents. But His quiet and peaceful coming into the world, in very humble circumstances, brought joy to the lonely, hope to the distressed, and salvation to sinners!

On the stage of the universe the Lord God displayed His glory in a redemptive drama, whereby a single spotlight illuminated a small scale model of the big picture of God’s salvation. He did so by spotlighting a baby born in a manger. As C.S. Lewis put it in The Last Battle: “Yes,” said Queen Lucy, “In our world too, a stable once had something inside it that was bigger than our whole world.” In Christ, all the majesty of God’s splendor would be fully revealed. For into the darkness of our world, Christ radiates the glory of the Father as the sunlight radiates the brightness and intensity of the sun. Truly, when the Son of God was born a man, we caught a glimpse of all that God is. “Veiled in flesh the Godhead see; hail th’ incarnate Deity” – (Charles Wesley).

May the Lord slow us down, and use the unusual situations we may be facing, to cut through all the artificial trappings of the season. May we behold the deep meaning and the glorious awe of a baby who was born to be Savior of the world and the King of kings!

article by Louis Prontnicki, recently retired after serving 32 years as pastor of the Maple Glen BFC

Why Matthew?: Picking What to Preach

Trinity without Hierarchy: a Response to Eternal Functional Subordination