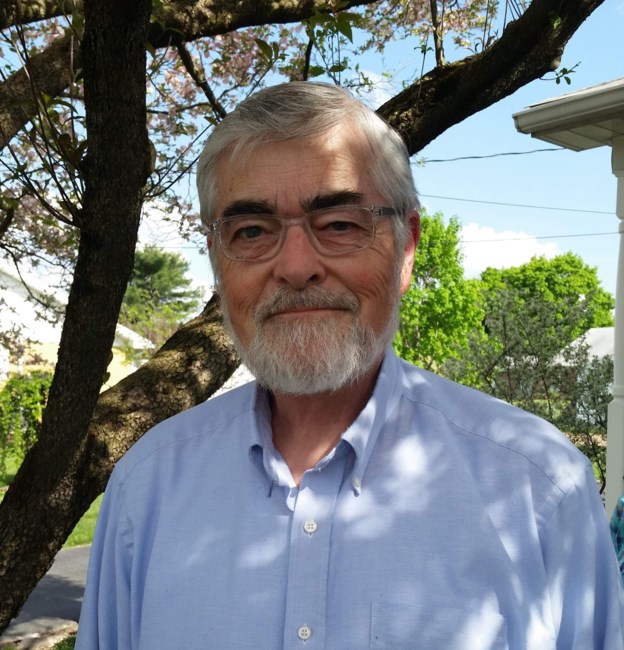 Pastor Carl K. Spackman passed away on May 4, 2022. You can view his full obituary here which includes the details of his love for railroads. For OneVoice Magazine, three men who knew him well shared their remembrances of his life and ministry.

Former Board of Church Extension member Carl Spackman was a big part of the ministry over the years and a big encourager to the planters and to me. His grace and intelligence was always appreciated. Here are some of things I thought of as I reflected on Carl’s life and ministry:

Carl served on the Board of Church Extension for 15 years, on the Personnel Committee, on various Assessment Committees, andwas Vice-Chair of the board. He was pastor of PA churches, Bethany BFC, Mt. Carmel; Maple Glen BFC, Maple Glen; and Grace BFC, Harrisburg. At Harrisburg, Carl and the church sent out Mark Barninger with 40+ people to plant Freedom BFC, Dauphin, PA. After his retirement, Carl assisted at the Grace Fellowship, Steelton (which is now Grace Fellowship Church of Harrisburg City, PA).

Carl was a very intelligent and gracious man, well-versed in the Scriptures, holding both masters and doctorate degrees. His hobby was model trains. He was a gifted artist and designer of model trains. His love for trains stemmed from his job as a young adult in Canada driving railway tiles. Carl was the first pastor in the BFC who put his arm around me at a trying time in my life and said, ‘Let’s walk this path together.” I thank the Lord for having Carl in my life and in the ministry.

When Carl and Helen Spackman came to Maple Glen BFC in 1971, the congregation was hurting. Serious doctrinal differences had resulted in the loss of almost half the membership. But to echo Esther 4:14, Who knows but that you have come to this position for such a time as this? Over the next 17 years, almost the entire congregation turned over. Carl baptized 120 new believers and 212 new members were added, but 166 members left.

But the Lord had a plan to use Carl in that revolving door situation. The Spackman’s had originally thought that God wanted them to serve as missionaries. But in Carl’s words, “Instead of going overseas, as Helen and I had thought, God used us to help train and send others, to go far beyond what I could have ever done on my own.” Indeed, in those years, at least 32 people went out from Maple Glen to serve as pastors, missionaries, professors, ministry leaders, and more (as well as all the lay leaders who impacted their churches and communities globally).

Consider how God used Carl to impact those who would in turn mentor others (2 Timothy 2:2). First, he was a diligent preacher who declared the whole counsel of God (Acts 20:27). He preached with clarity and conviction, often with tears, in his morning and evening sermons. Second, he loved his people, going out of his way to care for each one’s needs. Carl and Helen drove 200 miles round trip just to show up at our wedding, when Lynn and I had only recently been attending his church. Third, Carl and Helen made a great team: opening their home after almost every service; taking in needy boys; and being open with young couples about the joys and challenges of married life in the ministry. Fourth, in God’s providence, many students from nearby Westminster Seminary, Temple University (Ambler), and the Tyler School of Art were drawn to Carl’s preaching and the love they felt at the Spackman home. I was one of those sometimes know-it-all seminarians who Carl patiently nurtured and gave opportunities to serve in the church!

God had indeed put Carl and Helen into that position at Maple Glen for such a time as this. God’s kingdom is today being enlarged and deepened through their dedication and love.

There is a book entitled, The Last Words of Saints and Sinners, by Herbert Lockyer, where the parting words of both Christians and non-Christians are recorded. The last gasps of unconverted men going into the unknown is quite the window into a soul of one without hope.

People die the way they lived. If they lived a fear-filled life apart from Christ, then that is usually how they die … unaware of what is coming, full of anxiety and trepidation. Carl Spackman, however, died as he lived, a man of great faith in our great God. The last words he spoke to family and friends were filled with faith, hope, and love for his beautiful Savior whom he served faithfully for so many years!

I first knew of Carl through his book, Parents Passing on the Faith, which was basically the fruit of his doctoral dissertation at Westminster Theological Seminary. He later came to a retreat on the family that I attended. I mention this because the book was at the heart of his discipleship ministry to so many of us. What was at the core of this man’s success? Discipleship began in the home! Not only did Carl write about it, but he lived it as was demonstrated by his children at his memorial service. His son, Brent Spackman, referenced poignant passages which he could testify were patterned at home. One passage that comes to my mind is, “Do we individualize our training of them so that they know we care for them and try to understand them as individual persons” (Spackman, p. 34)? These words were not only reflected by his family at Carl’s homecoming, but by all of us who had the privilege to be trained by him in ministry.

The lasting words of a godly man found in his book and in his life are truths that made Carl Spackman the great man that he was. As such, he loved his wife, his children, his family, his church, and his friends with a love that was real to all of us. Ultimately this love flowed from a heart given to his heavenly Father, through the blood of his Savior, and applied and experienced by an ongoing sensitivity to the Holy Spirit. Carl’s family and all of us can rest confident in the knowledge that our loved one is resting well in the arms of his Lord.

The Articles of Faith: The Glue that Holds the BFC Together