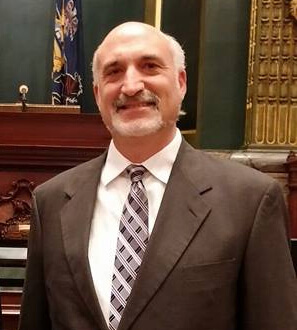 My name is Jim Arcieri, and I have the honor of being the new Director of the BFC Board of Missions. As this is my first communication to y’all, I think it would be helpful for you to know some more about me, and my background in missions. I grew up in Pennington, NJ, in a non-Christian home (today it would be classified as a “none”).

In 1974, I was led to Christ at the age of 17 by a friend, John Fletcher. At that time, John’s father, Ted, was leaving his job as National Sales Manager for the Wall Street Journal, to found a new mission called Pioneers. (Today it is one of the largest mission agencies with 3,200 missionaries in many countries.) The Fletchers took me to their church in Princeton, NJ, where half of every dollar in the offering went to missions, where 35 missionaries would be prayed for each Wednesday night, and nearly every Sunday night was a missionary presentation – all of which made a deep imprint on me as “normal” Christianity.

The next year, I was a freshman at Lebanon Valley College, Annville, PA, and was immediately asked to help lead small group Bible studies; I agreed, because being “on mission” wherever you are is “normal” Christianity. As a history major, I made a presentation on missions in Latin America for one of my classes; the research for this presentation introduced me to missions literature from various agencies – all of which caused me to want to know more. Upon graduation, I went to Greece for a six month short term to participate in gospel work there – and wound up assisting in the renovation of a facility for a Bible Institute for Greater Europe Mission. While overseas, I also attended Lausanne ’80 in Switzerland – the “Urbana” missions conference of Europe.

When I returned to the states in 1980, a missionary at the Princeton church introduced me to the nascent US Center for World mission (USCWM) – and I starting calling NJ pastors to sponsor “Hidden People Sundays.” That winter, I visited the USCWM and brought home a suitcase full of their promotional literature, and began passing it out like candy. In 1981, I began attending Biblical Theological Seminary, Hatfield, PA, and promoted missions there, becoming president of the Student Missions Fellowship, responsible for organizing three missions conferences. At the same time, I was appointed traveling secretary for the newly organized Theological Students for Frontier Missions. My goal upon graduation was to return to Greece to teach in the Bible institute. However, the Lord had other plans. Halfway through seminary, I met my wife – who was introduced to me because of her interest in missions. After our wedding in August 1983, we immediately got involved in a PCA (Presbyterian Church in America) church plant that had launched the previous week – in order to stay “on mission.”

During the next two years, I initiated the first missions committee for the church, and eventually the Lord directed us to become church planters with the PCA; we moved to Tidewater, VA, in 1986. Beginning with 11 people, God tremendously blessed our efforts. Without realizing it, I reproduced the missions emphasis format of the Princeton church – monthly missions moments, faith-promise giving, literature from the USCWM, encouraging people to take short term trips, prayer groups targeting specific area and missionaries, bulletin inserts, etc. That emphasis remained until I became Headmaster at a 500 student K-12 Christian school in 2000. As Headmaster, I wanted to provide a missions vision for the students. So, I developed a course for the seniors (12th grade) entitled “The History and Science of Missions.” I used the Perspectives course designed by the USCWM for a 45-minute interactive discussion; I assigned 54 of the 99 biographies in From Jerusalem to Irian Jaya, and had the students answer strategic questions in oral reports. I repeated that course four times – giving me a broad and deep understanding of mission over 2,000 years of church history. To deepen that missions well, I acquired nearly 100 books on missions for my personal library. My D. Min. topic was “American Religious History and Education,” which provided the opportunity to study mission effort within the USA, as well as mission effort from the USA.

After 23 years in VA (hence the y’all in my first paragraph), we left the school and came to PA in 2009 to pastor Community Bible Fellowship Church, Red Hill, PA. My candidate sermon was on missions! Ralph Soper was there, and I subsequently learned he was chairman of the BOM. I thought to myself – well, maybe he will give me a thumbs up to the Pastoral Search committee? The church said yes, and I brought the same missions emphasis to CBFC, including many sermon illustrations from the world of missions, and two summer series’ of messages on missions. Well, much more could be said, but perhaps that gives you an idea of why I was interested in the Director’s position: missions has been my avocation for 47 years. That early imprint from the Princeton church has never left me. I am tremendously excited about promoting missions and our missionaries in the BFC. Currently, I am hoping to visit every church to discover their missions emphasis, as well as preach, teach Sunday school, lead prayer meeting, and meet with missions committees. I’ve also had a chance to meet with a few of our envoys when they are stateside. In addition, weekly I read current missions literature – from autobiographies of BFC missionaries (such as Olive Rawn) to today’s issues and challenges. And some nights, when I find myself unable to sleep, I pull out the 850 page Biographical Dictionary of Christian Missions, and read a few pages of it – which makes me appreciate afresh the dedication of so many who have taken the glorious gospel to the ends of the earth. This is the greatest business in the entire world – thank you for whatever part you have played in it. I appreciate your prayers, and I hope that we will get acquainted soon. Blessings! Please reach out anytime. (Jim@bfcbom.org)

The Articles of Faith: The Glue that Holds the BFC Together