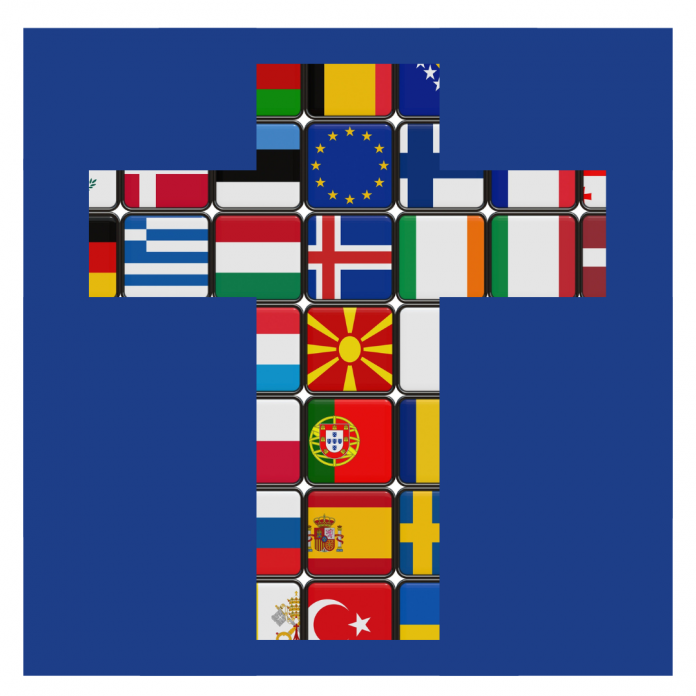 Christian Nationalism. It seems to be a buzzword that evokes one of two reactions, either good or bad. Seldom is it neutral. We all know that “this world is not our home, we’re just a passin’ through.” We also know that our ultimate allegiance is to our God and King, that Jesus is our Lord, and that we are citizens of a spiritual kingdom, a heavenly realm. We have a book – the Bible, that spells out our rights, regulations, and restrictions. Unfortunately, some people obey the Bible as often as they obey the posted speed limits on an interstate highway. We understand the first part of that little phrase, Christian, as an indication of who we are, Christ followers. It doesn’t matter where we are on the face of this earth, to what ethnicity we belong, whether we are male or female, slave or free, as a Christ follower we are one and have one ultimate allegiance. See Galatians 3:28-29. That is easy for us to understand, but those who are not Christians do not see our Christianity as a positive element, but one that stands opposed to the philosophies of the world.

This is where it gets conflicted. The Bible says, that we are to Do all things without grumbling or disputing, that you may be blameless and innocent, children of God without blemish in the midst of a crooked and twisted generation, among whom you shine as lights in the world. (Philippians 2:14-15) That is pretty clear. We are to shine as lights in the world. What does that mean? On the Mount of Beatitudes, Jesus said, You are the salt of the earth, but if salt has lost its taste, how shall its saltiness be restored? It is no longer good for anything except to be thrown out and trampled under people’s feet. You are the light of the world. A city set on a hill cannot be hidden. Nor do people light a lamp and put it under a basket, but on a stand, and it gives light to all in the house. In the same way, let your light shine before others, so that they may see your good works and give glory to your Father who is in heaven. (Matthew 5:13-16) Salt and light – both alter substances as a result of their presence. You can taste salt when it is applied to food – it makes it different. You can not have total darkness when there is a light in the room. So does that mean that we, as Christians, are to make a difference within the places we live here on earth? Of course it does.

Now the nationalism part. We are blessed to live in a unique nation that was founded on Judeo-Christian principles. It is not perfect, but it is better than most of the other nations in the world. It is certainly better than ancient Egypt, Babylon, Assyria, Greece, or Rome, the ruling nations under which the biblical authors lived. When they spoke out against their rulers, they mostly lost their heads – literally. The Apostle Paul told the Roman Christians to be subject to the governing authorities – obey the laws, pay your taxes, and respect those in authority (Romans 13:1-7). In the US, all of its citizens have certain rights: “Congress shall make no law respecting an establishment of religion, or prohibiting the free exercise thereof; or abridging the freedom of speech…” (Bill of Rights, Amendment I) It appears that we may say what we think and that we can vocalize an opinion. Sometimes our opinions vary. We do not all come to the same conclusions about what is happening in our world and that might be because of who or what influences our thinking.

The actor Denzel Washington stated, “If you don’t read the newspaper you are uninformed. If you do read it, you are misinformed.” Sometimes it is hard to know the truth. On August 8, 2019, one US presidential candidate stated, “We choose truth over facts.” Some suggested that he simply misspoke. Others speculate that he really meant to say was that he chooses his version of the truth over the facts. That is a problem.

When this subjectivity concerning our perspective on our nation invades the church and people take opposing sides and break fellowship, it is not good. We can disagree about individual perspectives on issues, but we must remain united on the essentials of biblical truth. The church father Augustine is credited with saying, “In essentials, unity; in nonessentials, liberty; in all things, love.” It echoes what the Apostle Paul admonished the church in Galatia, For you were called to freedom, brothers. Only do not use your freedom as an opportunity for the flesh, but through love serve one another. For the whole law is fulfilled in one word: “You shall love your neighbor as yourself.” But if you bite and devour one another, watch out that you are not consumed by one another. (Galatians 5:13-15). So let us not accuse one another of being wrong because we see things differently. You might be wrong, I might be wrong, but that should not cause us to break fellowship one with another since we are really citizens of a better kingdom and our love for one another should be our distinguishing mark. Paul gave us the solution: May the God of endurance and encouragement grant you to live in such harmony with one another, in accord with Christ Jesus, that together you may with one voice glorify the God and Father of our Lord Jesus Christ. (Romans 15:5-6)

The Boxes Tell a Story

Dealing with our Fears